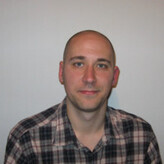 Kristijan Šarić from EXACT BYTE d.o.o. is a developer with 15 years of experience, where he mostly used Java, wored with Haskell in IOHK. After 10 years of being a developer locally in companies in Pula, where he mostly used Java, but used other languages as well, he decides to take a new challenge with pure functional programming.2017 he opens up EXACT BYTE d.o.o. and starts working for IOHK, with a few consulting gigs where he worked for some American companies that used Haskell. In IOHK he lead a small team of junior Haskellers and mentored them, worked on 5 bigger projects.

Haskell, programming language of the future